Towards the end of the 19th century gangs of itinerant labourers worked away to create our county’s rail network. Stephen Roberts visits Surrey History Centre to find out more

They swarmed all over the countryside like industrious ants, a community in perpetual motion. They worked, lived, slept, ate and drank like there was no tomorrow, and for some of them there wasn't.

These were the so-called railway 'navvies', huge gangs of itinerant labourers doing the dangerous back-breaking toil that was feverishly creating a new transport infrastructure.

Among the Surrey History Centre's many treasures is an album of old railway photographs, dating to 1884.

There are 46 large-scale black and white pictures in total, that have a faded, sepia look about them, yet the navvies stare out at you with crystal clarity. It's as though they've just stepped off a long shift and are giving you a questioning stare. Not one of them has 'high-viz'.

Incidentally, that word 'navvy' comes from 'navigator' (the navvies built the navigation canals in the 18th century before they built the railways in the 19th). A navvy was essentially a labourer employed in excavating and gave us the expression 'working like a navvy' (meaning toiling hard).

I'm interested in these pictures for several reasons. It's unusual to find so many images of a railway line being constructed. Our interest is usually at the other end, when the route has been completed and the trains are running.

The line the men were building is in Surrey too: The New Guildford Line between Surbiton and Guildford, which opened 135 years ago, in February 1885. This was the London & South Western Railway's line, which ran from Surbiton to Guildford (via Cobham and Effingham Junction).

At the same time the LSWR was also building the Effingham Junction to Leatherhead line (via Bookham). Both of these lines are still in use 135 years later, ferrying millions of commuters into work, and home again, every year. 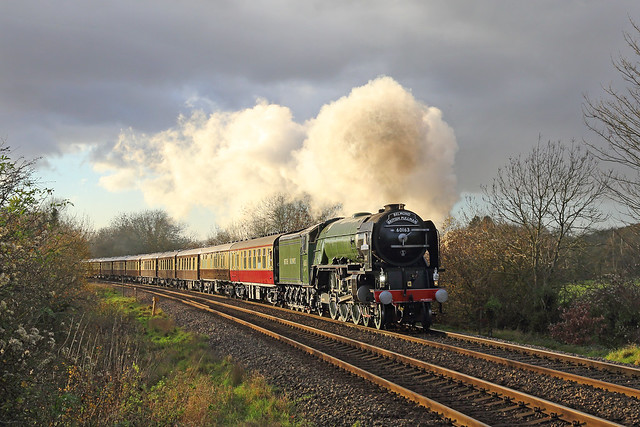 With our busy lives we probably never consider the immense work that went into building these lines and the thousands, of unnamed men who strove every sinew to build bridges, embankments and cuttings, and the stations that we so blithely use today.

Unlike modern infrastructure projects, such as Crossrail, there was a distinct absence of heavy equipment (just one hefty piece of kit is shown). One thing we must concede, however, is that whilst it might be Victorian-era infrastructure, it was certainly built to last.

Oh, and that piece of heavy equipment is a digger, which looms up in just one photograph. In all the others you're more likely to see wagons and a wheelbarrow.

Luckily, for us, we have a pretty good idea of where all the pictures were taken. Some of them we're certain about. There's a good number that were taken in and around Guildford, at the southern end of the route, where the line was arriving from the north-east, into a new station at London Road, before bending around to join the lines converging on Guildford station from the north. Pictures feature a viaduct over the River Wey, and bridges at Woodbridge Road, Stoke Road, London Road and Cross Lanes, where Watford Farm features in more than one picture.

Guildford. Looking down from bridge over Woodbridge Road. Markenfield Road in distance. Looks like a busy stores camp by the side of the track.

There's an embankment near London Road (Guildford) station, in the east of the town, which was just one of the stations to open in 1885, and an old quarry just south of the same station (in the vicinity of Denmark Road/York Road, where there's a multi-storey car park today).

Mention of that farm reminds me that the area around Cranley Road, which ran into Cross Lanes, was still open farmland, until the railway first came to Guildford in 1845 (the main Guildford station opened in May of that year, as part of the Guildford-London, via Woking line, which came into the town from the north).

Guildford began to grow from this time on, but the area to the east (Cranley Road etc) remained quiet until the work on the New Guildford Line began. The New Line approached Guildford centre in a deep cutting, with the three bridges at Boxgrove Road, Cross Lanes and London Road completely transforming this part of the town.

Land began to be sold in the Cranley Road area for large 'out of town' villas, the largest of which had separate cottages for gardeners and coachmen. 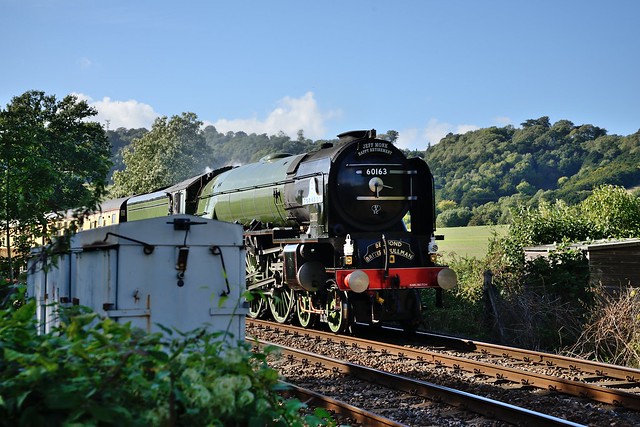 Guildford is a place of literary luminaries. P.G. Wodehouse was born here in 1881 and Lewis Carroll died here in 1898. In between times, the New Line had arrived to start transforming the place.

The River Wey flows through Guildford. It was one of the first English rivers to be converted to a navigable waterway and still has its 17th century locks and bays: one of the earliest jobs for those navvies maybe?

Further east, there were more bridgeworks in the Merrow area, as the railway speared under Merrow Lane, close to Merrow Common. The next station after London Road was Clandon.

There's a picture taken just east of Clandon Road, where the line heads underneath, on its way into the station. We can see the station being constructed, with the fledgling platforms. 'The Old House' is discernible, which is still a feature in 'The Street', which Clandon Road runs into. About ¾ mile east is Ripley Road, where the line goes over the top, with views of East Clandon Common.

Probably just east of Horsley station. In all of the 46 pictures this is the only discernible piece of heavy equipment.

The next images in the sequence show West and East Horsley ('The Horsleys'). One picture might show Silkmore Lane, in West Horsley, which crosses over the line, then there are a number taken in East Horsley, where Horsley station is actually located.

There's certainly one of the railway bridge above Ockham Road (B2039), which is only a stone's throw west of the station. Just after the station (east) the line penetrates the southern end of 'The Forest', an area of mixed woodland wedged between 'The Drift' and the railway line.

One picture shows the construction work in The Forest, including a makeshift bridge. This is certainly a well-wooded area, including Netley Heath, and West Horsley Place was the home of Sir Walter Raleigh's son, Carew, long before the railways came calling.

The New Line next arrived at Effingham Junction, where lines diverged, either through Cobham & Stoke d'Abernon, Oxshott, Claygate and Hinchley Wood (which was a late arrival on this line, not opening until 1930), joining the Woking line further up just before Surbiton, then continuing on to Waterloo. 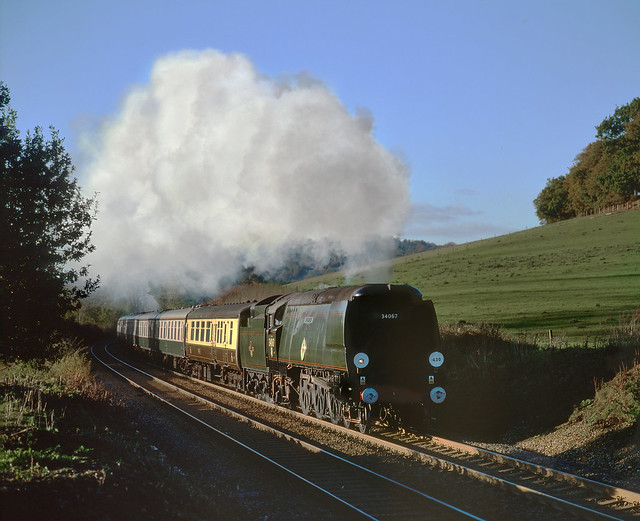 The other line headed off through Bookham and Leatherhead, ultimately attaining Waterloo, or Victoria. Guildford was certainly well served railway-wise from 1885. One picture could be near the Effingham junction, possibly featuring Newmarsh Farm. Effingham Junction station itself was not opened until July 1888, over three years after the two lines had arrived here.

It was a junction waiting for its station. Effingham itself is a venerable place, home to the Howards, one of whom was commander-in-chief of the English fleet that bested the Spanish Armada in July 1588, curiously 300 years precisely before Effingham got its station.

There are several pictures around Cobham, including Downside Mill and Cobham Mill Race (Downside is south of Cobham, just north of today's M25), then another at Cobham & Stoke d'Abernon station, where the Old Plough Inn is shown, in Station Road.

Finally, there is Littleheath Crossing and Farm, which are north of Cobham, well on the way to Oxshott. Oxshott is then reached, with Oxshott Heath and the station both featured, plus the bridge, which takes the A244 (Warren Lane) over the railway, to the east of the station. 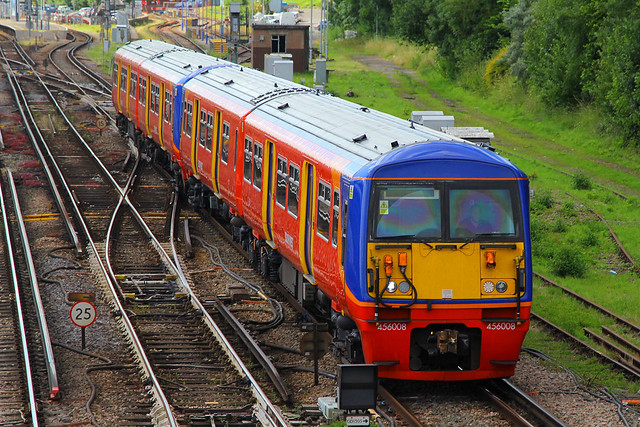 The next station up is Claygate. There are pictures taken north and south of this, then a bit further up, in the vicinity of today's Surbiton High Hinchley Wood Sports Ground, there is a picture of the bridge carrying Oaken Lane over the railway.

Esher is to the west of us now and another picture taken north of Claygate shows a distant view of the church spire of Christ Church, Esher. With Esher spotted, the New Line has almost joined up with the old (the junction being betwixt Esher and Surbiton).

Meanwhile, the Effingham-Leatherhead line also has a few pictures devoted to it, although nowhere near as many.

There's two that are believed to have been taken in the vicinity of Bookham Common, about halfway between Effingham and Leatherhead and there are a couple more taken at Leatherhead itself, just south of the station and the junction with the old London, Brighton & South Coast Railway (LB&SCR), which feature the bridge works over the River Mole, and, in the distance, the LB&SCR viaduct, engine shed and water tanks. 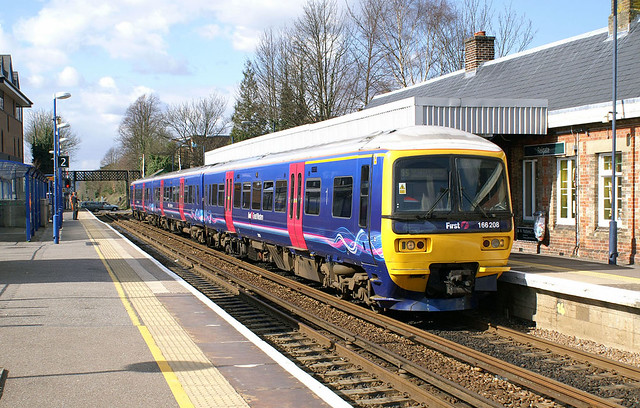 The LSWR station at Leatherhead only survived until 1927, when the New Line was diverted to share the LB&SCR station, which is the one that survives today.

In spite of their riotous living and heavy drinking the British navvies did have a good reputation for working hard and getting the job done. As a result, many of them would end up working on construction projects abroad.

In Surrey, their legacy lives on, in an intriguing set of photographs at the History Centre and in the railway lines they gouged through the countryside.

The next time you're stood on a platform at Clandon or Bookham, or maybe Oxshott or Claygate, spare a thought for Surrey's railway navvies. 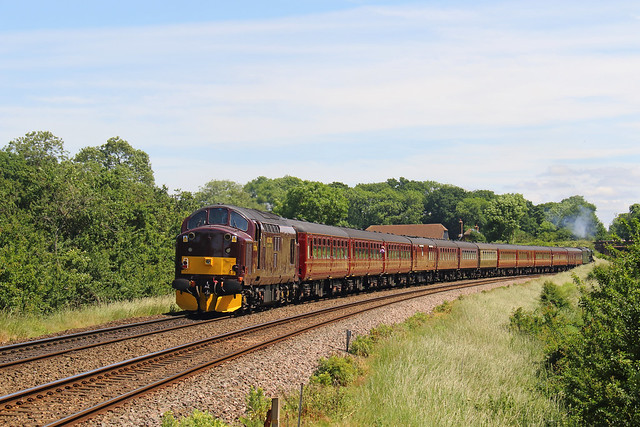 10 facts about the navvies

1) Relatively speaking, navvies were well paid, but their work was dangerous and very hard.

2) Many navvies were Irishman, who had fled famine in their homeland, to work on the railways.

3) Navvies lived in makeshift shanty towns, of timber and turf huts, alongside the railway lines.

4) They gained a reputation for fighting, hard-living and hard-drinking and were feared by locals.

6) A skilled navvy shifted 20 tons of earth a day, then went 'on a randy' (full drinking sessiWon).

10) Nearly 500 navvies a year were still dying in the 1880s when our Surrey images were taken.