Top 5 things to do in Ewell

If you're spending some time in Epsom having a flutter at the races don't forget to head just down the road to the wonderful Ewell | Writer: James Knighton

Click here for our town guide to neighbouring Epsom

Looking a little like a forgotten remnant from War of the Worlds, the impressive Bourne Hall Museum on Spring Street is home to the fascinating past of Epsom and Ewell. The museum is free to visit and exhibits range from prehistoric times to the modern day.

Arguably one of the hottest non-Michelin starred restaurants in the country at the moment, Dastaan has completely transformed the thought process of people speeding up the A240 Kingston Road.

The plaudits its garnered from the moment it opened are well deserved and this top-class Indian restaurant has a Bib Gourmand in the prestigious Michelin guide.

An area that's inspired artists and walkers through generations, there were once several mills on the Hogsmill River, including gunpowder mills.

Ewell is found on the spring line between the chalk of the North Downs and London Clay, and these springs provide the source of the Hogsmill River. The ornamental ponds at Bourne Hall are examples of these.

Ewell has a number of lovely cafés and pubs to explore, including but not exclusively All Things Nice (a café with its own sweet shop), La Familia (a Mediterranean restaurant) and The Spring Tavern (a swish and modern country pub).

Then there's the likes of Jessica Rea Millinery (with one eye on the Derby, perhaps), Riche fashion boutique and Karen Stuarts handbags.

The beautiful Nonsuch Park is found between Stoneleigh, North Cheam, Cheam and Ewell, and is a site of huge historic interest. Once the stomping ground of Henry VIII (see Secret Surrey for more), the London Loop walking path passes through the public park.

The Georgian gem, Nonsuch Mansion, lies at its heart today and has hosted many a photoshoot, film crew and wedding. You'll find Nonsuch Café there too for a warming drink or slice of cake.

Henry VIII was never one to go about things by halves and in his efforts to build one of the most fabulous palaces in history, Nonsuch Palace in Ewell, he got rid of the village of Cuddington which stood in its way. Work started in 1538 but was incomplete when Henry VIII died in 1547.

While it was said to be his most extravagant work, by 1682 the king's magnificent palace was lost for future Surrey tourism and destroyed. 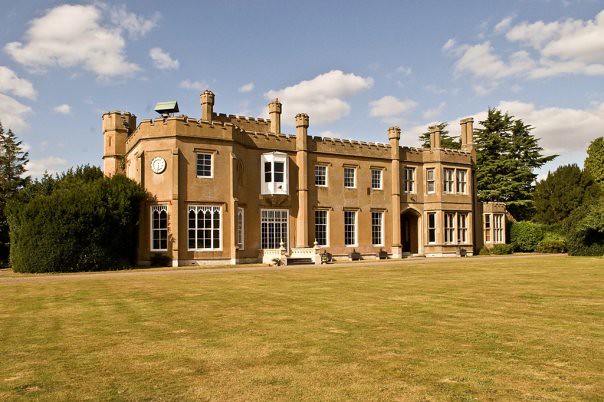 30 of the best Surrey pubs to visit this winter

30 of the best Surrey pubs to visit this winter

10 of the best dog friendly pubs in Surrey

What’s on this weekend in Surrey