Surrey had a relatively small number of castles historically – just seven, compared with the 38 of neighbouring Kent, suggesting that our county has always been more ‘settled’. Stephen Roberts takes a tour of their sites to see what remains of them today...

Strolling across the tranquil Abinger Common, between Dorking and Guildford, it’s hard to believe that a castle once stood there. Back in the Middle Ages, however, a medieval fortress dominated the common. Located close to the church, it was built around 1100 by William fitz Ansculf, though all that remains today is the Norman motte.

Archaeological excavations in 1949 revealed that the mound originally supported a wooden tower house. The findings also suggest that, unusually, the tower stood upon stilts, the ground floor of the timber-framed structure being left open between corner-posts, with a fighting-platform above.

The structure would therefore have resembled Dinan Castle, as depicted in the Bayeux Tapestry. There was also a bridge from the bailey that connected with the foot of the mound. 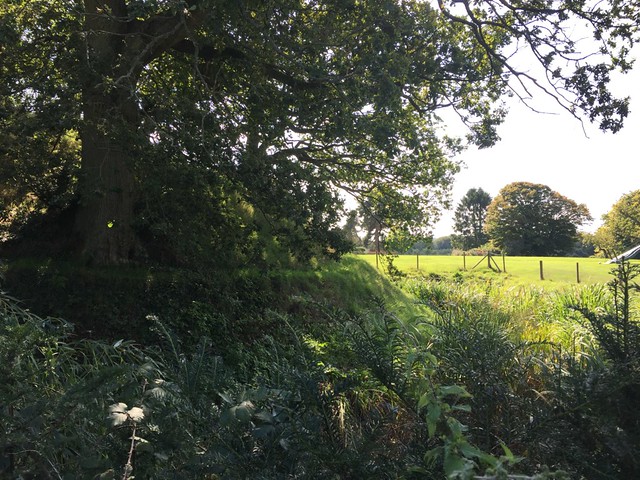 Although nothing remains today, the mound is still a good place to sit with a picnic if you don’t mind the climb. It merits the epithet ‘lesser known’ though, as when I asked a few of the locals about their castle a typical response was, “I didn’t know we had a castle!”

While you’re there… follow in the footsteps of Charles Darwin and enjoy a walk on Abinger Roughs, where he once studied the activities of worms. Follow the signs to visit the natural play area and take a break at one of the picnic tables whilst the children play on the log ‘castle’. 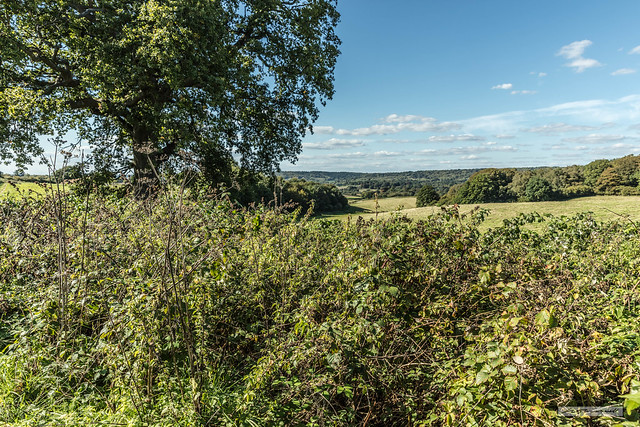 Built in the 11th century, the original Betchworth Castle, an earthwork fortress, was owned by Richard FitzGilbert, Earl of Clare, before it passed via the earls of Arundel to Sir Thomas Browne, who was Henry VI’s Lord Chancellor.

In 1379, Browne rebuilt the castle as a fortified house, his family living there until 1690. The next owner, William Fenwick, demolished most of the castle, turning the site into a private house.

The remains of Browne’s castle can still be seen today at the end of an avenue of lime trees that is accessed via a public footpath to the left of the entrance to Betchworth Park Golf Course. The castle was built on a sandstone spur overlooking the River Mole and the area is now maintained by volunteers who tend to the Deepdene Trail. 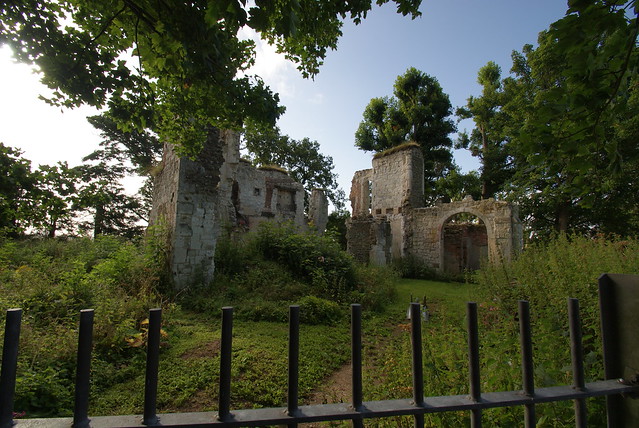 Watch out though: the castle is allegedly haunted by a black dog that apparently prowls the ruins at night and also by a Lord Hope, who it is said accidentally killed his own son and now stalks the grounds in remorse.

For me, the highlight was the walk up to the castle and the splendid view across the golf course (beware though of urgent shouts of “Fore!” followed by itinerant golf balls flying overhead).

While you’re there… Roam through the picturesque village of Betchworth with its delightful 17th century manor, Betchworth House, made of red brick and stone from Merstham; the building is still used as a private home today. 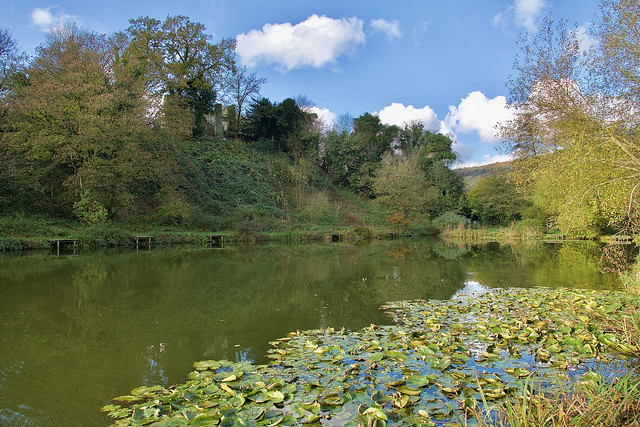 Originally constructed around 1170, Bletchingley Castle was owned in Norman times by the aforementioned Richard FitzGilbert (see entry above).

On another point of interest, in the same year that it was completed, the four knights responsible for the murder of Thomas Becket stopped there en route to Canterbury.

However, the castle was sadly destroyed in the 1260s after the owner, Gilbert de Clare, rebelled against Henry III and the king’s army took its revenge by tearing down his home. In 1541, Henry VIII gave the site to Anne of Cleves, who lived at the moated manor house that had been built near the remains of the old castle. 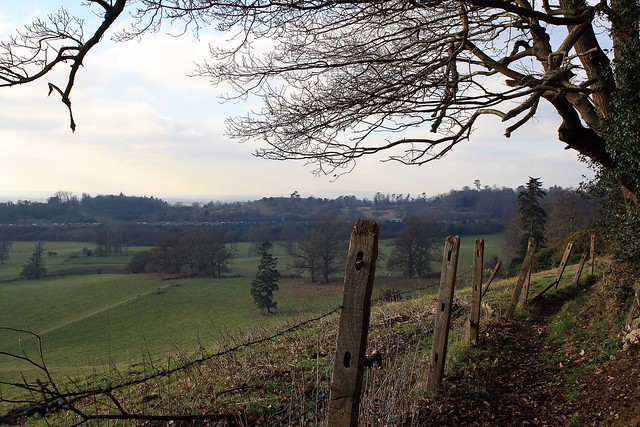 The house passed next to Sir Thomas Cawarden, who unwisely supported the ‘Nine Days Queen’, Lady Jane Grey. The rightful queen, Mary I, had troops search the site, with a great stash of arms removed, including 16 cannons. Next up was Lord Howard of Effingham, who led the home fleet against the Spanish Armada.

Nothing remains now of the manor house, except for a gatehouse and moat at Place Farm. Fragments of the castle still remain but are hidden away in a private garden south of the main road.

While you’re there… Pop into St Mary’s Church, which itself dates back over 900 years in parts, with the tower built in early Norman times. At one time, there was also a spire, which was apparently destroyed in 1606 by lightning. 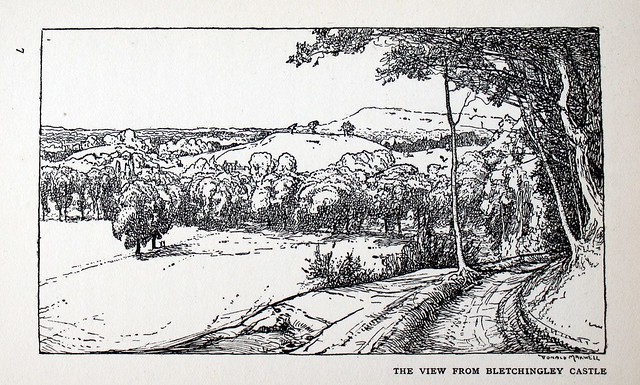 Undoubtedly Surrey’s premier castle today, Farnham Castle was originally constructed between 1129 and 1171 by Henry of Blois, the Bishop of Winchester, and was intended as a stop-over on the London to Winchester road.

During the civil war of King John’s reign, the castle was captured in 1216 by the French dauphin, who held it for 10 months, before the Earl of Pembroke retook it. In the 14th and 15th centuries, improvements made this an impressive residence, and both Henry VII and Henry VIII enjoyed the castle’s hospitality.

The castle was fortified by Parliament during the English Civil War, but it eventually fell to the Royalists, before being captured again by Sir William Waller and used as a prison for captured Royalists. In 1648, it was damaged by the Parliamentarians to such an extent that it could no longer be used as a fortress. 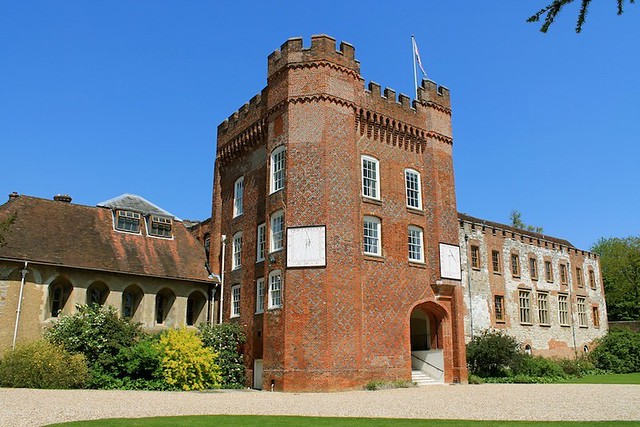 After the Restoration, Bishop Morley spent £8,000 rebuilding the domestic quarters and further improvements in the 18th and 19th centuries gave us today’s treasure.

Now a conference centre and wedding venue, Farnham Castle is unusual in having both a shell keep and a stone tower – most castles having only one of these – and the keep remains the castle’s most impressive feature.

The best way to approach the castle is undoubtedly by walking up Castle Street, which was the heart of ancient Farnham, leading up to the magnificent castle as it still does. As a street, it has few equals, visually, in the whole of England.

While you’re there… Make a day of it and visit Waverley Abbey, only two miles away. With its beautiful Norman arches, these ruins are some of the most stunning in England. It’s also a great place for a picnic. To learn more about Farnham’s recent history, the Museum of Farnham keeps a thorough record of the area’s people and places. 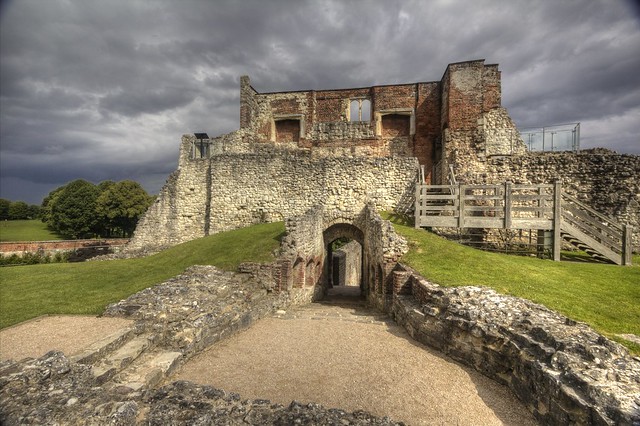 Located at the heart of our county town, Guildford Castle was a favourite royal residence back in the 13th century and also became something of a royal nursery with a number of young princes spending their early years there. Today, all that remains is the fine Norman tower keep, but it’s well worth a visit.

Once used as a gaol, the imposing tower dates from Henry II’s reign, in the first half of the 12th century, although the walls that surround it are older, as is the motte on which the keep was rather awkwardly placed.

The construction stands half on the mound and half off in order to have foundations on ‘terra firma’, suggesting that the motte’s foundations were not secure. 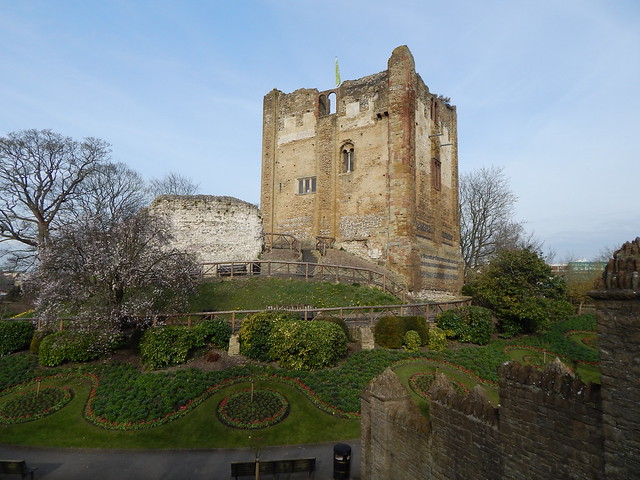 At 60-feet or so high, the keep has 360 degree panoramic views over Guildford and the surrounding countryside. Inside, there is a model of the castle (c1300) and interpretation panels tracing the tower’s history to the present day, plus a gift shop.

Set in a public garden off Quarry Street, I loved the sense of tranquillity in the castle’s gardens. Youngsters sit on the grass idly chatting as the shadows lengthen, colourful borders draw the eye and there are magnificent views from the bowling green, home to the Castle Green Bowls Club for more than 90 years. Below Castle Hill, in Quarry Street, is a Norman arch – all that remains of the castle entrance.

While you’re there… Be sure to take a stroll around the beautiful castle gardens enjoying the lovely flowerbeds or catch an afternoon concert in the bandstand.

Constructed in the 12th century, the mighty castle of the de Warennes stood on a hill off Reigate High Street, the site now a public park known as Castle Grounds. The de Warennes were powerful Earls of Surrey back in the reign of William the Conqueror.

The Barons’ Cave, under the castle, is where the barons are reputed to have met and conferred before the signing of the Magna Carta. Underground tunnels allegedly travel long distances.

In 1648, during the English Civil War, Reigate was seized by the Royalists and held for just one day before a troop of cavalry drove them out to Kingston. 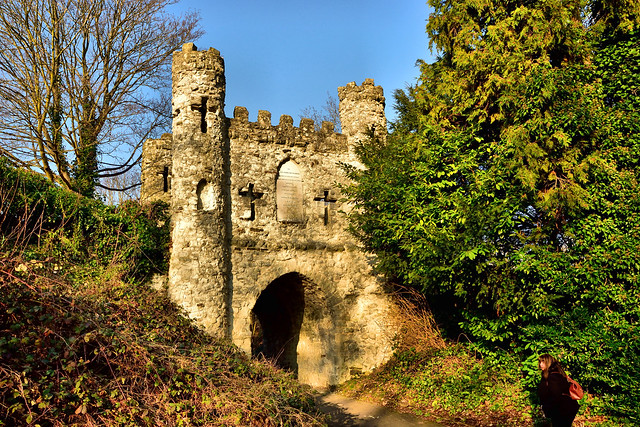 During World War II, the cave and tunnels were re-used as stores and air raid shelters. Although most of the tunnels were sealed off, the cave and some tunnels are open to the public during special open days at various times of the year by the Wealden Cave & Mine Society.

Today, nothing remains of the castle itself other than the mound on which it once stood, a few stones and traces of the moat, all part of the pleasant Castle Grounds. The mock medieval gateway was built using remains from the original castle in 1777.

What surprised me was finding the gardens right at the top of the former castle on what is now a plateau. In the middle of the lawn, surrounded by colourful borders is a stone pyramid, the former entrance to the Barons’ Cave. On another point of interest, the nearby Reigate Tunnel (1823), which passes underneath the castle grounds, is believed to be Europe’s first road tunnel.

While you’re there… Aside from being known for its history, Reigate is also renowned as the dining capital of this lovely part of Surrey, so why not make a day of it and stay for dinner? 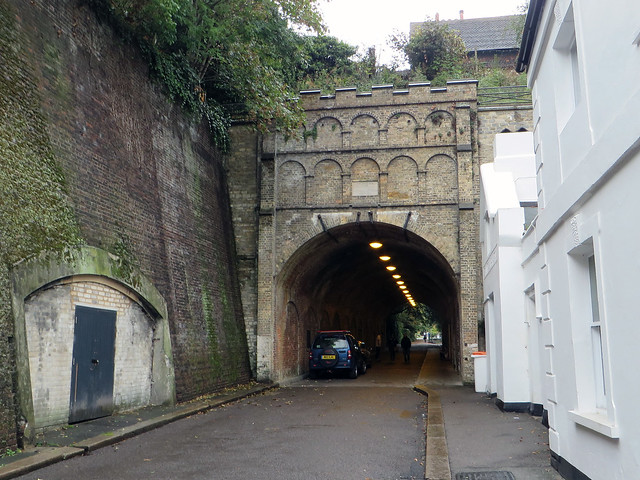 Located three miles east of Lingfield, the original castle at Starborough was founded by Reginald de Cobham in 1341. Unusual in its design, it was rectangular in shape and had four round towers topped by strange domes.

After fighting during the Hundred Years War against the French, de Cobham became a knight of the garter and Lord High Admiral.

His son would fight at Agincourt and was entrusted with the captured Duke of Orleans (later Louis XII of France), who he kept at Starborough. Louis was a captive here for nearly 20 years before being ransomed.

After the Reigate seizure (see entry above), the castle was demolished by Parliament, so that sadly hardly anything remains of it today. There are only stumps of towers and traces of moat.

The ‘modern’ Starborough Castle was built by Sir James Burrow in 1754 in the north-east corner of the site using materials from the old castle and is now a private residence which was last on the market in 2017 for £1.5 million. Starborough Manor - a wedding venue and hotel - overlooks the castle and its moat.

While you’re there… It’s worth taking the time to have a stroll around the historic village of Lingfield.

As well as its medieval church, which has the rare accolade for a church of being Grade I listed, there is also a punishment cage, made in 1773, that was last used in 1882 to hold a poacher. Also, the British Wildlife Centre, a Surrey Life favourite, is just down the road too. 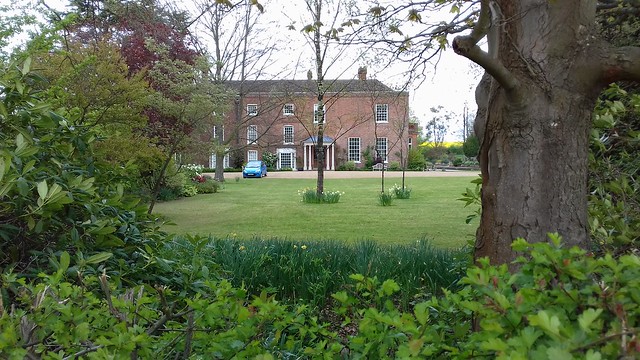